Buying houses take a hit, work out ways to cut costs and staff

Two of India’s biggest buying offices – Triburg and Asmara have been very transparent in sharing their information and the open letters to their employees have been trending in industry circles.
by Dheeraj Tagra 14-April-2020  |  7 mins read 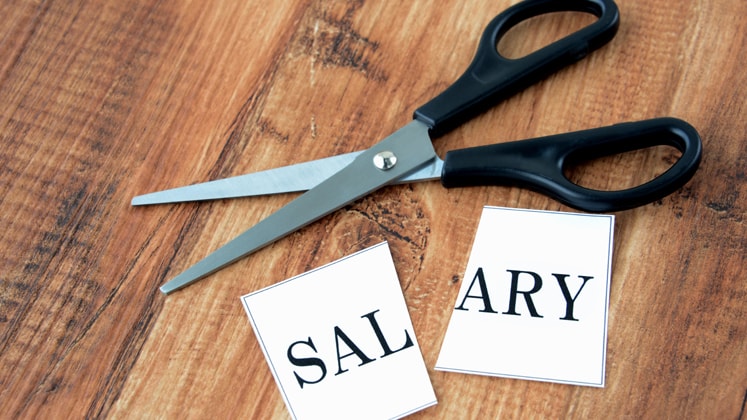 The biggest concern for the exporting community today is the large number of order cancellations, mostly from the European buyers that has resulted in severe financial crunch for both the manufacturers and buying offices. While there have been discussions on the legality of order cancellations, buying offices have been forced to take measures to cut down their costs, and as a result, workforce.

Companies have been putting their heads together to work out a solution that can keep the operations afloat for 6-8 months till the situation gets back to normal. The strategy is simple – first survive and then revive. Therefore, few companies have furloughed staff and cut salaries. Even a huge brand like Tommy Hilfiger has furloughed 75 per cent employees in the USA, which clearly indicates the magnitude of the crisis.

On the other hand, according to the grapevine, while few other firms have not let go off the staff, they have divided the salary into two parts – fixed and variable based on performance, and have linked it to sales, hoping that it will motivate people to increase efficiency levels and bring in business with innovative ideas.

While not everyone is open to sharing internal discussions, two of India’s biggest buying offices – Triburg and Asmara – have been very transparent in sharing their information, and the open letters to their employees have been trending in industry circles. The two have laid out the facts, asking support from their respective teams in these difficult times.

The Asmara Group, one of the most respected names in global apparel sourcing domain, while sharing the grim situation, announced a salary cut of 30 per cent for all colleagues at the Country Manager level and above. For the rest, a salary cut of 20 per cent (excluding non-staff; no changes for them) has been proposed. This deduction will be applicable for a period of six months, starting from April to September 2020. The company has around 1,100 employees across 13 countries. In India, it employees more than 200 staff members in its offices in Gurgaon, Bangalore, Tirupur and Chennai. The major clients of the Asmara Group including Abercrombie & Fitch, Zara, Next, Nordstrom Woolworths, Conbipel, Cecile and Future Group, etc. have been hugely impacted by the current crisis.

With over 500 employees, Triburg had last year set the target to become a US $ 1 billion entity by 2022 fiscal. Some of its main clients are Ann Taylor, American Eagle, TJ Maxx, Transformco, the parent company of Sears and Kmart. All these brands are negatively hit by the COVID-19. Ascena Retail (parent company of Ann Taylor) furloughed all of its retail employees and half corporate staff, and cut executive salaries by half. It is the largest speciality retailer for women and girls in the US. TJ Maxx has also furloughed the majority of its US workforce.

Apart from the clients from countries like Germany, the UK and the US, Triburg has strongly developed markets in Latin America, South Africa, Korea, Japan, Eastern Europe and the Middle East over the last few years. Today, the emerging markets account for 20-25 per cent business of the company. In a heartfelt message, Tarun Bakshi, CEO, Triburg, says, “We have some painful options ahead – winnow the organisation down to a level where we request several associates to go on leave without salary. We cannot promise how long this will be, but it’s not short-term. Balance associates will be requested to take cuts in proportion to their salary amounts.” Sources tell Apparel Resources that many staff members have been asked to take unpaid leaves for four months.

Tarun candidly admits in a letter that the company is not going to receive any revenue in the next nine months, and even if it does, it will be a trickle. “We have to find means to exist for the next nine months with no income coming in. This is a tough call and has received the attention of our team leaders and senior management in the last several days. If we don’t cut our expenses immediately and spread our reserves over nine months, we won’t exist,” his letter reads.

Both companies have also shared information regarding their reserve and investments as Tarun informs, “I have ensured that every cent of our reserve is used to fund reduced salaries and other unavoidable overheads for however long the grind may take. We will, with the support of our teammates, overcome the crisis and ultimately defeat the unfolding gloom and doom. We will beat it with a spirit of solidarity and caring to keep Triburg healthy and alive.”

Asmara disclosed in a letter that it has already taken some steps to save costs and stop some investments which are not working well. It is pertinent to mention here that the letter has been issued by Rajnish Negi, Founding partner at Asmara international. He has also shared how travelling, which is a significant part of the business, led him and his wife contract the deadly virus, owing to which, they had to stay in hospital for treatment. Fortunately, the two have recovered now.

How the fashion industry is fighting the coronavirus crisis

Carnation Creations: Caring for its people Carnation Creations: Caring for its people