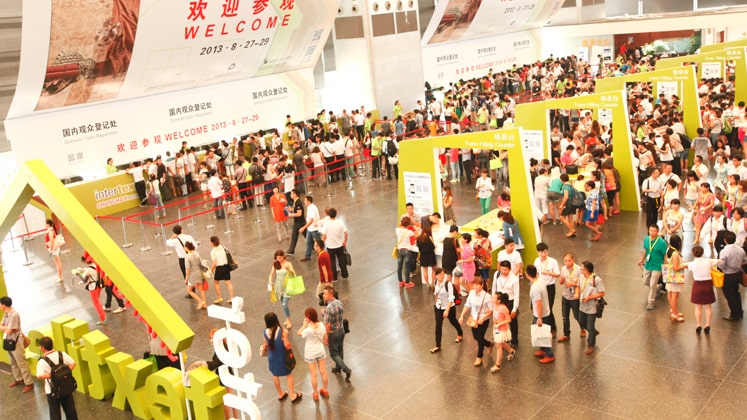 As the world reels under the effect of the coronavirus pandemic that is shutting down entire economies in its wake, the apparel and fashion world is forced to respond rapidly and effectively to deter exacerbating the spread of COVID-19. The domino effect that started with Wuhan in China has catapulted to struggling supply chain links, store closures and the cancellation of some of the biggest events and trade shows in the industry.

The second edition of Apparel Sourcing Week, organised by Apparel Resources, was the first to respond to the crisis in India, keeping the visitors’ health at the fore. The large number of patrons attending from various parts of the world would be put at risk, being in close proximity with each other, and hence, the event stands postponed till June. Fibres & Yarns, a Mumbai-based 14-year-old veteran in the industry, has followed suit by cancelling their latest edition scheduled for April 2020.

The worst blow, however, has been felt by the shows slated to be held in China itself. The March 11-13 edition of Intertextile Shanghai Apparel Fabrics and its two sister shows, Intertextile Shanghai Home Textiles and the Yarn Expo Spring edition, have been cancelled owing to the scare. The denim trade show Kingpins in Hong Kong, Chanel’s Métiers d’Art show in Beijing, and both the Shanghai and Beijing Fashion Weeks have suffered the same fate. Shanghai Fashion Week partnered with Alibaba’s Tmall to create an online platform for the designers and brands to debut their fall 2020 collections from March 24 to March 30. While Magic Las Vegas saw a lukewarm response with almost 40 per cent of its exhibitors in the sourcing section failing to turn up due to travel bans in Asia, many other countries are struggling as events are either cancelled or witnessing a sea of withdrawals as well as attendees in face masks. At the Paris Fashion Week, Chinese fashion brands Masha Ma, Shiatzy Chen, Uma Wang, Jarel Zhang, Calvin Luo and Maison Mai all cancelled their events. The Milan Fashion Week also suffered due to renowned names like Giorgio Armani pulling out and major attendees including the editors of Vogue, inStyle, Elle and Harpers’ Bazaar all putting off their travel plans as the COVID-19 strengthened its grip in Italy right towards the end of the fashion week.

Japan saw the cancellation of Tokyo Fashion Week along with Prada refusing to showcase its upcoming resort 2021 show in Japan. The Japan Sewing Machinery Manufactures Association (JASMA) has announced postponement of JIAM 2020 Osaka, a leading trade fair for apparel machinery and textiles, until 2022 or later. Copenhagen Fashion Summit that focuses on sustainability has been rescheduled, Kingpins has cancelled its Amsterdam edition, and the Sustainable Apparel Coalition’s (SAC) general member’s meeting has fallen prey to the throes of uncertainty.

FESPA has taken the decision to postpone FESPA Global Print Expo 2020, European Sign Expo 2020 and Sportswear Pro 2020, originally scheduled to take place at IFEMA Madrid from 24 to 27 March 2020. Based on feedback from exhibitors, FESPA will now seek to reschedule the events for a later date. The fifth edition of Denimandjeans Vietnam slated for 28-29 May has also been postponed. At a time when the world economy is plummeting with trillions lost from the world stock market within a week due to the COVID-19 scare, the fashion industry has been hit hard. China, being one of the biggest links in manufacturing for more than just apparel, has brought some of the world’s biggest brands at a standstill. Many events may be cancelled or postponed but the onset of summer is springing a new hope that novel coronavirus, which has by far amassed more than 7,00,000 infected cases worldwide, will subside, giving new life to all those affected.